I know I am super duper late for May’s Bakealong Challenge – Berry Blitz Torte, but the redeeming point I hold on to is that it’s better late than never.

In my defense, I was quite busy last May and maybe, just maybe, teensy-weensy lazy. Hehe, that rhymed. I meant to post something for my birthday (I made a cake and some spaghetti with meatballs) but I lost the motivation somewhere along the way. Here’s the cake I made for my birthday though:

Ah, it looks so, so pretty. I am, by no means, a great cake baker. They’re kinda like my waterloo actually. You can’t tell much (I hope) from the picture above but I suck big time in decorating a cake. Or making the sponge base for the cake. And no, I did not make the gum paste flowers. I bought those from the shop.

Anyway, moving on from my cake hangups, will it come as any surprise that I was reluctant to do the Berry Blitz Torte challenge? But I had an attack on my conscience. Isn’t this challenge all about challenging yourself to bake something you’d never think of making before?

I never thought of baking a blitz torte before. While I’ve come across torte recipes for some time, I always get put off by the thought of the complicated steps involved. A blitz torte, for example, is comprised of a cake layer, a meringue layer, and a cream filling.

I put off making the Berry Blitz Torte until the last minute. I did make the cream the night before, but the cake itself was baked on Sunday morning itself. I figured that it would take me about 3 hours to finish everything so imagine my surprise when I had the cake baked, filled, and decorated in 2 hours. And to top it off, it was much easier than I expected!

I made the sponge layer first. The original recipe says that the batter will be thick and I found that it was so. I used 9-inch round cake pans (King Arthur’s used 8-inch pans) so I had a bit of a hard time to cover the pans with batter. I didn’t think I’d be able to spread the batter and I felt that I had too little of it. Oh well, I had to make do with what I had.

My next concern was with the meringue layer. I know from experience that meringues don’t like humid weather and Singapore was 100% humid that day. The longer the meringue layers stayed unbaked, the greater the chances of failure.  But no matter what I tried, I just couldn’t fit in 2 cake pans inside my oven! I had no choice but to bake the layers one by one but I did turn on the AC in my room and left the second layer on my bed.

I prepped the berries while the second layer was baking. I chose to use strawberries and blue berries instead of the raspberries in the original recipe. I washed these carefully and sliced the strawberries in half.

The meringue will puff up in the oven but it will come down once you take it out of the oven and let it rest.

To assemble the cake, you take the first layer and cover it with the cream filling. I spread the filling thickly but not evenly, just enough to fill in the scraggy places. I topped it with the berries. You can brush some simple syrup on the berries if you like but I skipped that part.

The cake was not tooth achingly sweet, even with the meringue and cream (I thought the cream could do with more sugar actually). I think I’ll stick with strawberries though, since I found the blue berries too tart for my taste. Overall, my taste testers (aka my friends and office mates) gave it their stamp of approval. Maybe I’ll make this Berry Blitz Torte again in the future, who knows?

Up close it looks scrumptious.

Perfect for tea I think. 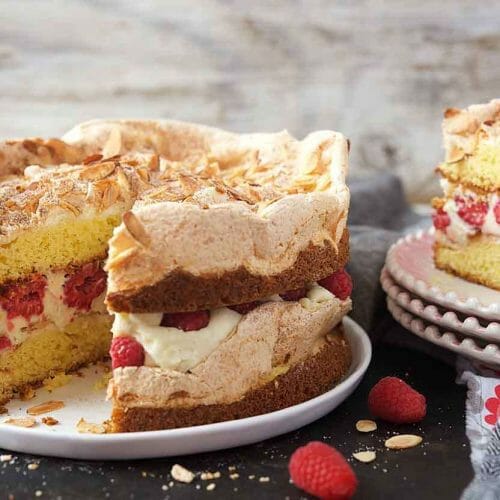 A berry blitz torte is a delicious treat that has an easy to make filling. The filling is made in the same manner as homemade custard or vanilla pudding, and can be used in place of the sliced almonds. You can also use fresh fruit, if desired. You can also substitute chopped walnuts for the almonds. If you don't have fresh fruit on hand, you can substitute whipped cream filling with chopped walnuts.
Print Recipe Pin Recipe
Prep Time 30 mins
Cook Time 30 mins
Chilling Time 1 hr
Total Time 2 hrs
Course Dessert
Cuisine Filipino
Servings 1 8-inch
Calories 176 kcal

For the Pastry Cream

This recipe is a great option for a holiday or brunch celebration.
Keyword torte 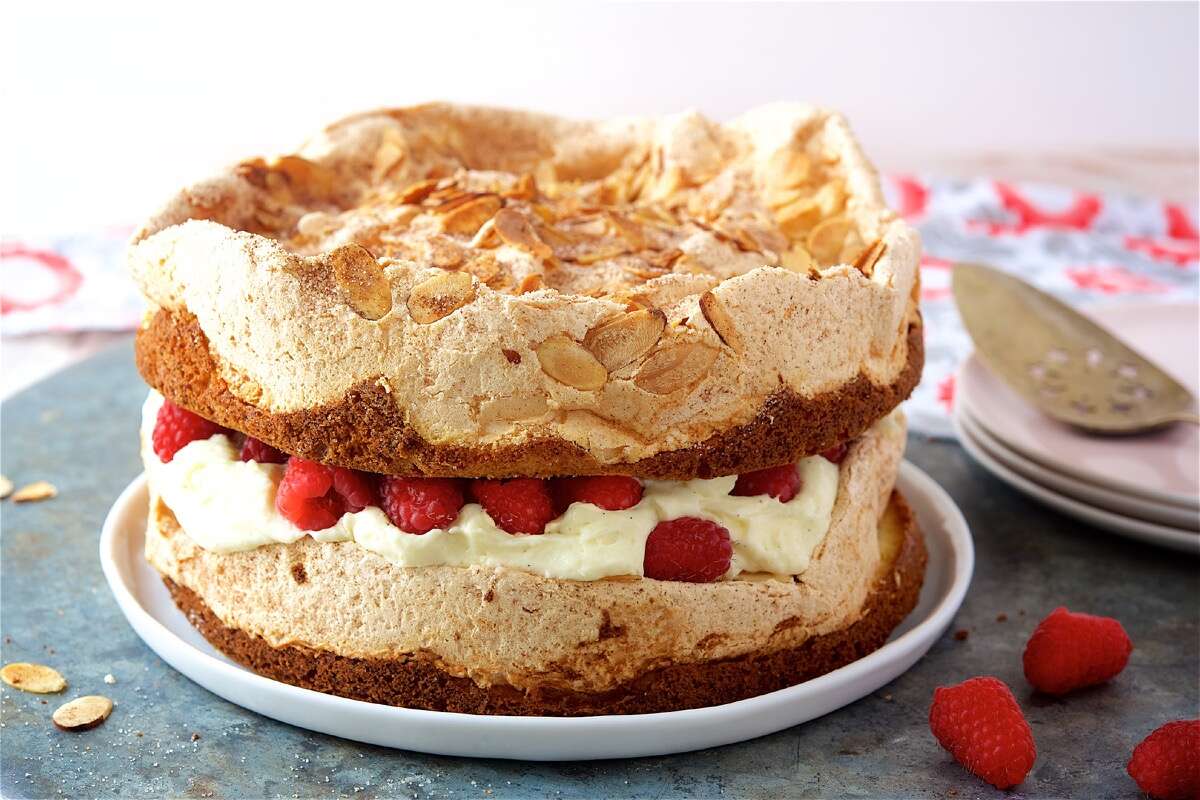 The blitz, or lightning cake, is a traditional German-American layer cake with buttery layers, a creamy orange curd filling, and a crisp meringue decorated with crunchy almonds. This recipe is relatively inexpensive to make, thanks to the use of egg whites and yolks for the cake. Whipped cream and fresh berries make the layers soft and rich. The cake itself can be prepared up to a day ahead and refrigerated.

For a quick treat, try this simple and delicious dessert. Its layers are filled with deliciously sweet honey custard. The batter is topped with an airy meringue mixture, and served with whipped cream and sliced berries. This recipe is a great option for a holiday or brunch celebration. 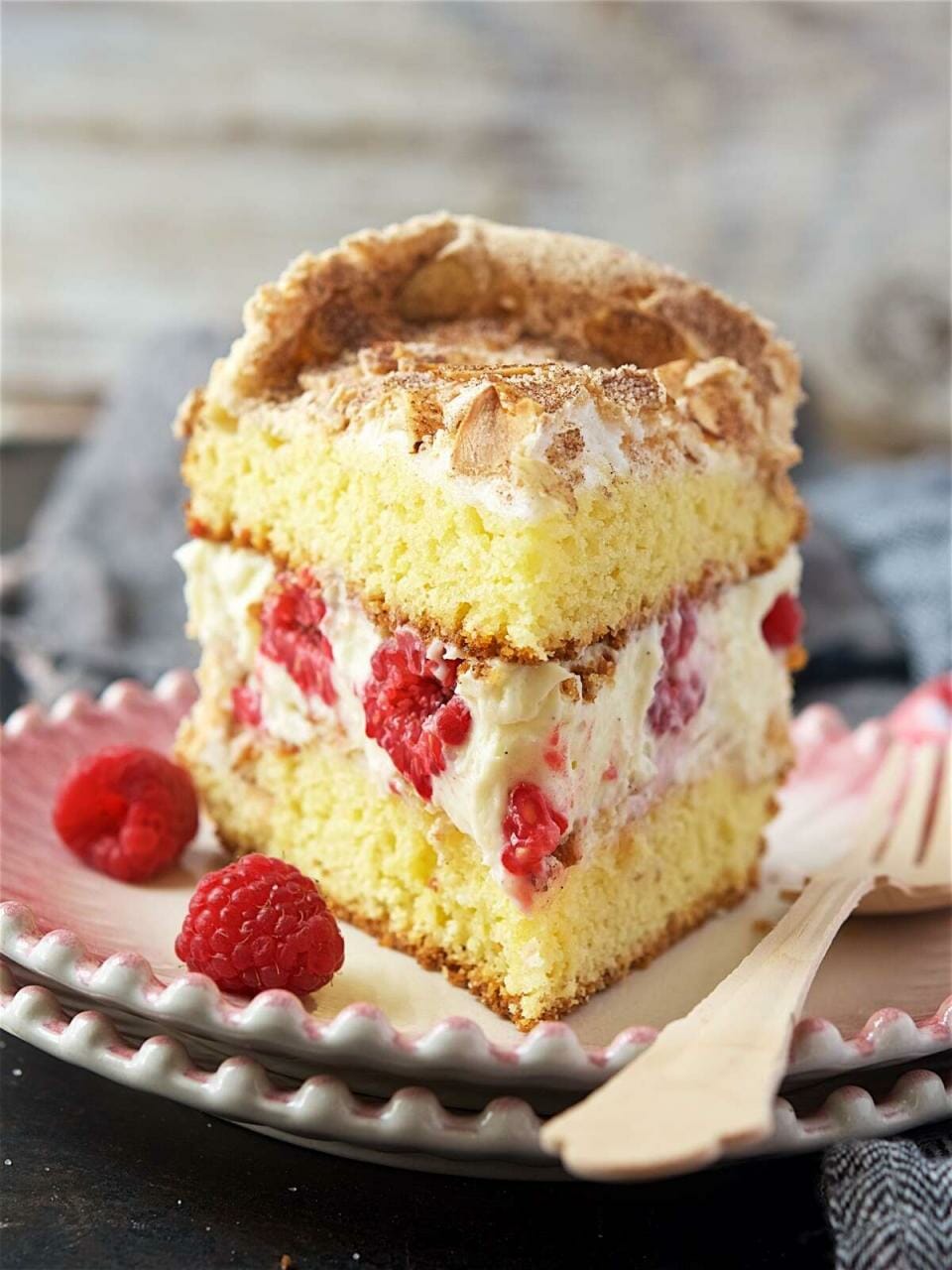 Torte and cake are both rich desserts made with groundnuts or breadcrumbs. A torte is typically more dense than a cake and is considered a flourless cake. While traditional cakes require flour, tortes typically use breadcrumbs or groundnuts in their batter. The flour content is insignificant compared to other ingredients. Despite the differences in appearance, both cakes are flavorful and sweet.

The cake’s moistness can be enhanced by creaming the sugar and butter. The cake should be light and fluffy in color, and the right ratio of wet and dry ingredients prevents it from being overly moist. This cake is a healthier alternative to traditional cakes due to the absence of white sugar. However, this method has several drawbacks when it comes to fitness and health. Nevertheless, this dessert is an excellent choice for special occasions. 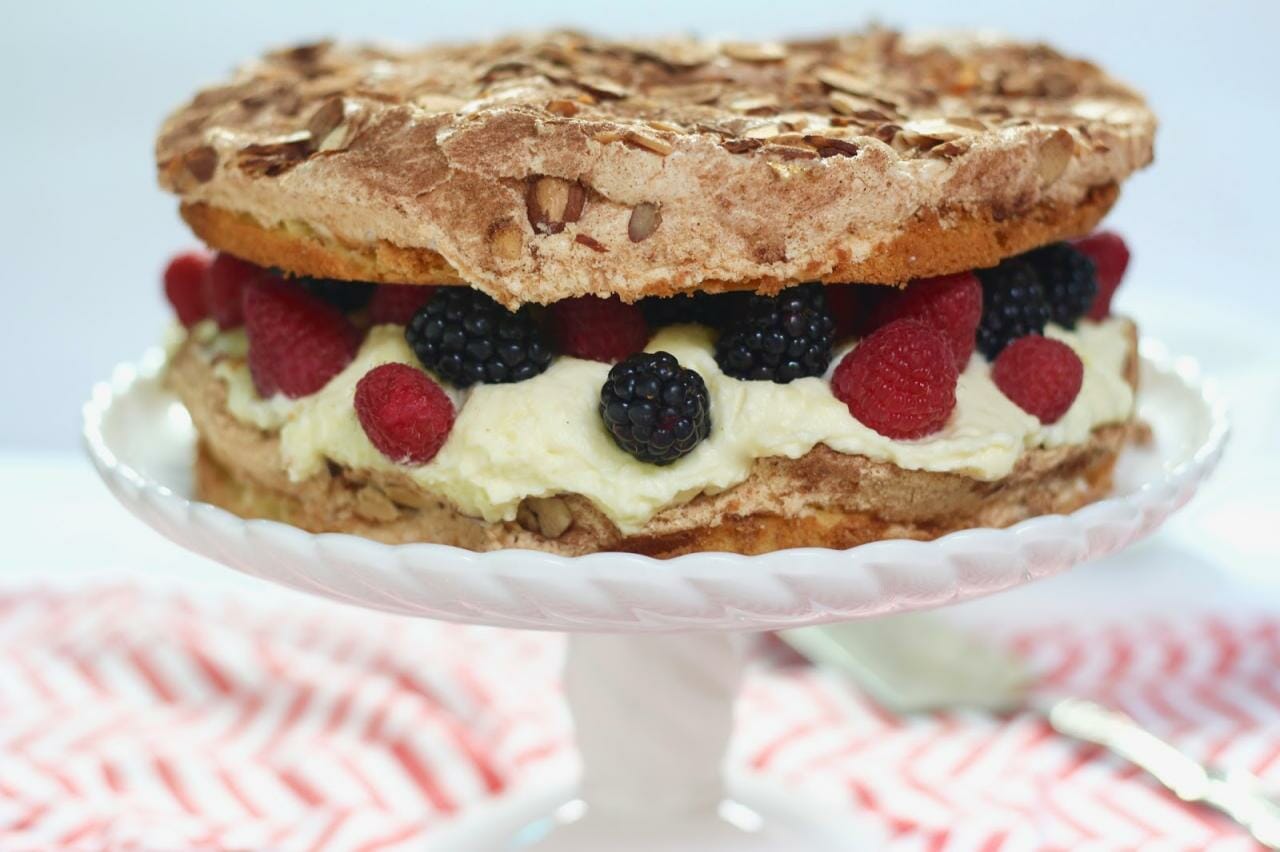 The filling for a Blitz Torte is made similarly to that for homemade vanilla pudding or custard. Mix the ingredients, heat, and cool. If you don’t have the fresh fruit you love, add it to the batter instead of nuts. You can also replace sliced almonds with chopped walnuts, whipped cream filling, or fruit. Then bake the cake according to the directions. 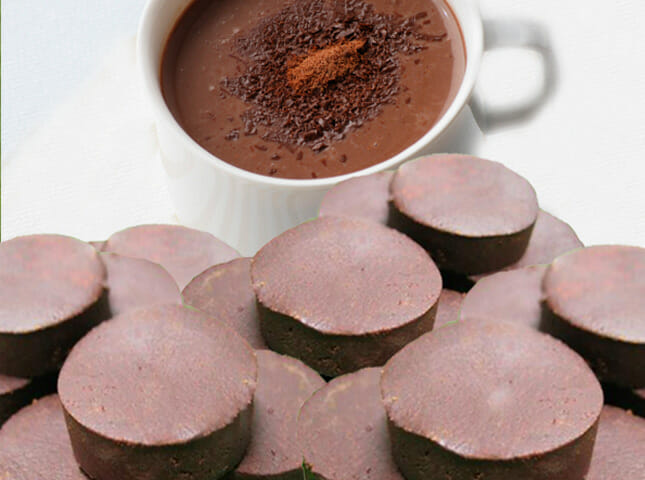 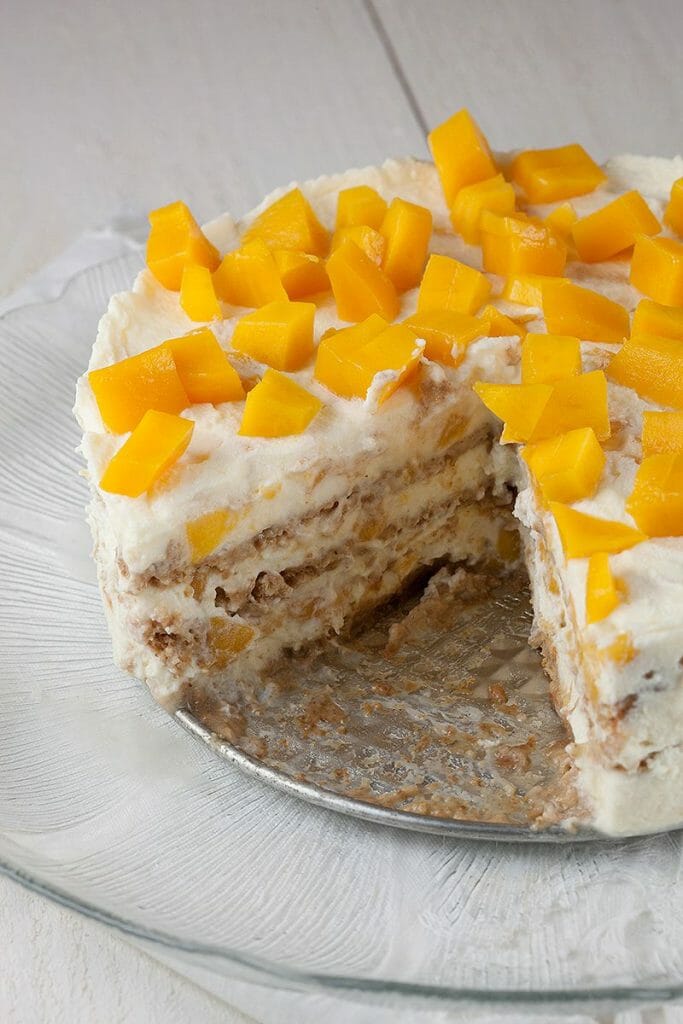 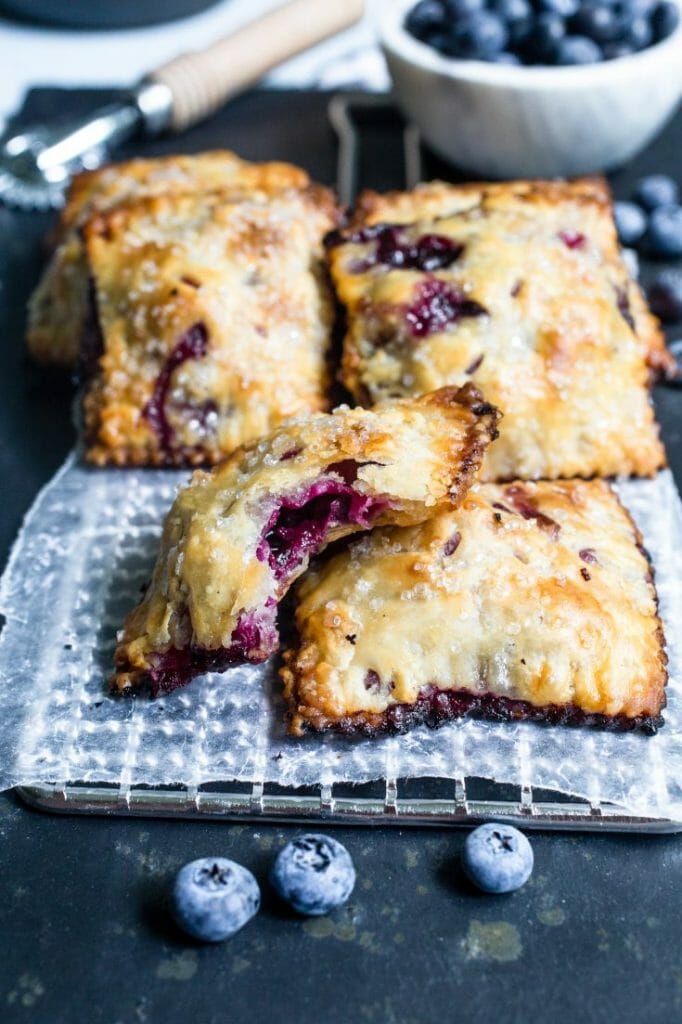 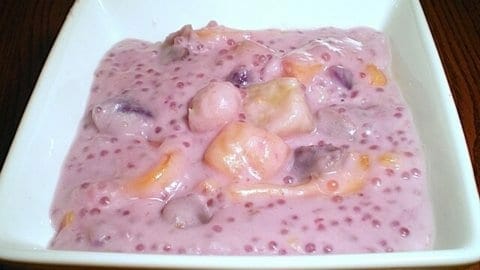 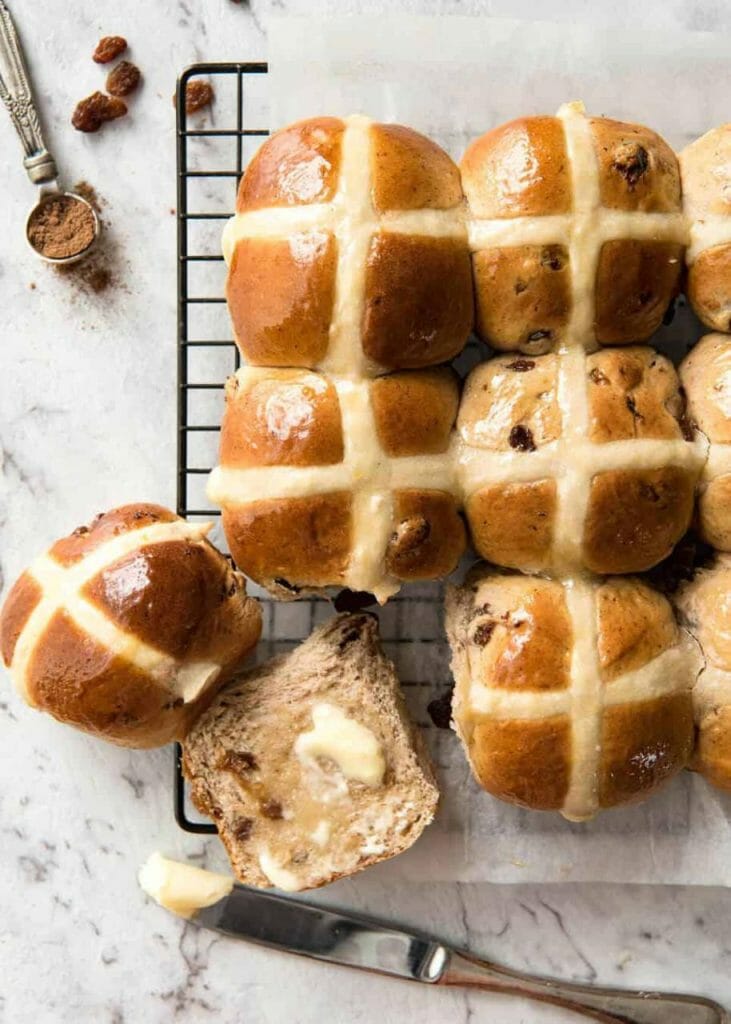 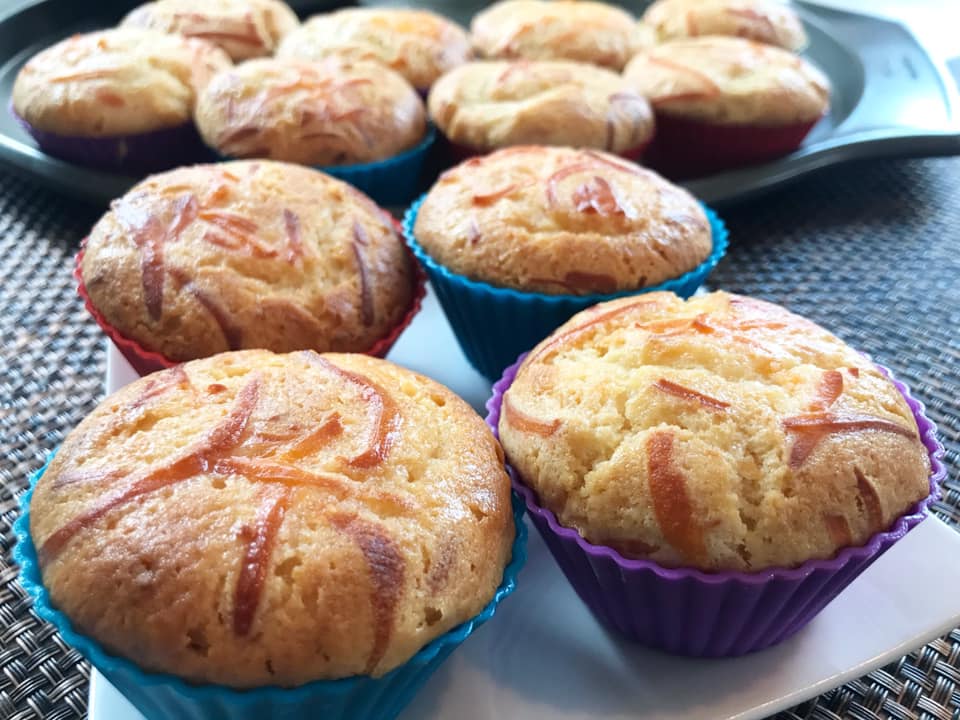 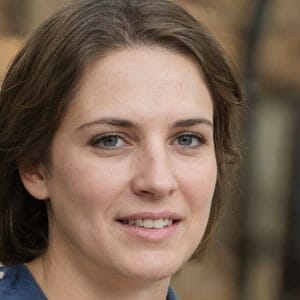